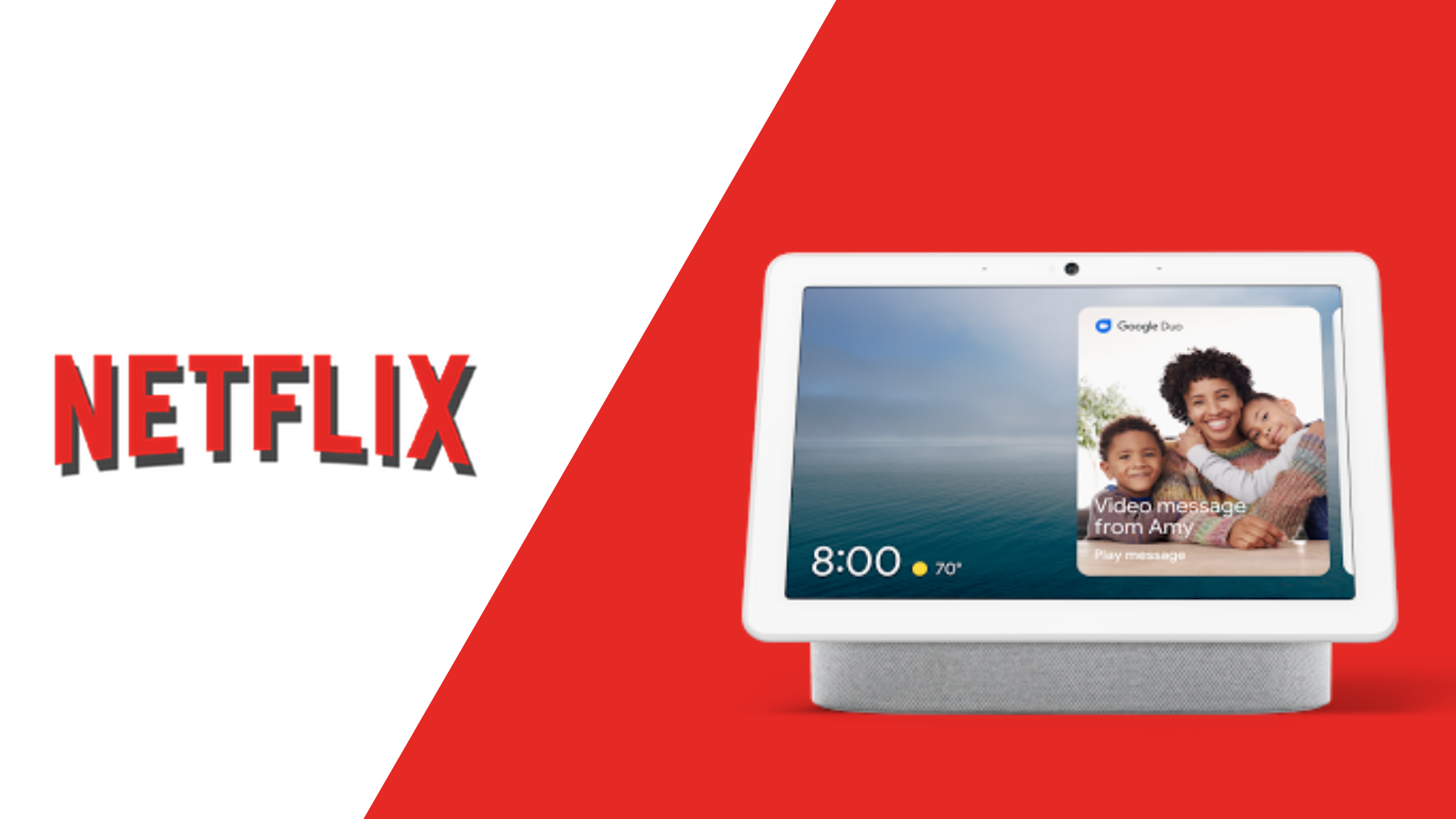 If you’ve bought a smart display or thought about buying one, you may have asked, “Can I watch Netflix on it?” Until now, watching the popular streaming service wasn’t an option on Google smart displays. Google on Tuesday announced Netflix integration for the Nest Hub and Nest Hub Max. Netflix is rolling out to Google smart displays globally. If you already have a Netflix subscription, you’ll be able to link your account in the Google Home or Google Assistant app. Start streaming by using a voice command like, “Hey Google, play Queer Eye” or try, “Hey Google, open Netflix” to scroll through content and select with a tap. You can also ask Google to pause, play or skip forward with a voice command. Google’s Nest Hub Max also includes Quick Gestures, so you can pause or resume your video by looking at the display and raising your hand. Google’s smart displays also stream Hulu, Starz, CBS All Access, SlingTV, Disney Plus, HBO Max, Peacock and Showtime, either natively or via a cast option from your mobile device. (Editor’s note: CBS All Access and Showtime are part of ViacomCBS, CNET’s parent company.) Ask your smart display to launch a service by saying, “Hey Google, watch Bob’s Burgers on Hulu.”…More

NBCU’s Peacock appears to be having a somewhat better launch than Quibi did, based on data from app store intelligence firm Sensor Tower. While numbers pointing to new app downloads aren’t a complete picture of consumer adoption for a cross-platform service, they can provide a window into early traction outside of any official numbers provided by the companies themselves. In Peacock’s  case, Sensor Tower says the mobile app has now been downloaded around 1.5 million times across the U.S. App Store and Google Play within its first 6 days on the market. For comparison, that’s 25% more than the 1.2 million installs Quibi  saw during the same period post-launch in the U.S., but only 12% of the 13 million downloads Disney+ generated within its first six days. Sensor Tower chose not to compare Peacock with HBO Max due to the fact that HBO’s new service replaced the existing HBO Now app, which was already preinstalled on consumer devices. That would not be as apt a comparison. Peacock, of course, doesn’t have the brand-name recognition of Disney. And arguably, its name doesn’t translate into consumers’ minds as “NBC,” despite its connection to the classic peacock logo. Disney, meanwhile, had a built-in fan base before its streaming service’s launch. And, more broadly, there was pent-up consumer demand for a more family-friendly offering, as well…More

Plex, the popular streaming media platform for all your favorite media, today announced a new way for consumers to watch free Live TV with the addition of 80+ channels of completely customizable live programming, most available worldwide and more coming soon. Plex is the only streaming media platform to bring together all forms of media in one place, offering more content in a single platform than any other service on the market. Free ad-supported movies and shows, podcasts, streaming music, personal media, and now pre-programmed Live TV are all easily accessible via Plex, and on virtually every device. Today’s addition of Live TV on Plex offers consumers significantly more free options, ranging from news like Reuters and Yahoo Finance, to kids’ shows like Toon Goggles, to food, travel, and home & design programming on Tastemade, to all things sports including live games, original programming and movies/docs from fubo Sports Network, to gaming and esports on IGN1, and two new LGBTQ+ channels from Revry: entertainment and news. Live TV on Plex also offers comedy, game shows, anime, and more. “Two of the most important factors for an enjoyable streaming experience are easily being able to find something of interest to watch, and being able to watch it from any device you choose,” said Keith Valory, CEO of Plex. “Plex offers consumers across the globe a simple yet powerful platform for access to all types of content that can be streamed from all types of devices.”…More

Following through on news Deadline broke in May, Pluto TV and Verizon have activated their game-changing distribution partnership and revealed new programming details. Starting today, 100,000-plus hours of free, ad-supported programming on ViacomCBS-owned Pluto are available to Verizon customers. The service will come in the form of an app on Android mobile devices and pre-installed on Fios cable boxes and Stream TV and 5G Amazon Home Fire devices. The companies aren’t offering a precise number, but say “tens of millions” of Verizon customers will now have access to Pluto’s hundreds of channels, a significant step in the evolution of the pay-TV bundle. Verizon has just shy of 116 million wireless customers, plus four million video subscribers on FiOS and another six million FiOS broadband customers.With or without a pay-TV subscription, Verizon customers will be able to watch curated versions of well-known TV networks. The partners declare it as the biggest deal to date in the emerging category known as “FAST” — free, ad-supported television. Three new co-branded channels will be made available as exclusives for Verizon subscribers: Movies on Verizon, Real Life on Verizon, and Yahoo Finance…More

Netflix is testing a new mobile streaming plan in India, including laptops

Netflix launched its first mobile-only plan in India earlier this year, asking subscribers for Rs 199 (~$2.67) to access its content through mobile devices at a lower resolution. Now, the company’s testing a new mobile-focused tier that adds support for HD video and computers. Spotted by AndroidPure (via TechCrunch), the Mobile Plus plan ups the maximum streaming quality to 720p resolution, and now includes “computers” as permitted devices. Priced at Rs 349 (~$4.68), the plan is around 30% cheaper than the Basic tier which does allow streaming to TVs. The Basic tier however only offers viewers standard definition video, which does make the cheaper HD Mobile Plus plan an attractive option if screen size isn’t an issue. Although the American streaming giant is nearing 200 million subscribers globally, adding more than 15 million in the first three months of 2020 alone, it still faces steep competition in India. Its cheapest tier is still pricier than Amazon Prime Video which is lumped in with the retailer’s Prime package for Rs 129/month (~$1.73). Disney Plus Hotstar‘s Premium tier comes in at Rs 299/month (~$4), also a lower price than Netflix’s Mobile+ tier. There is a healthy dose of Netflix alternatives in India and other markets too…More